When PRIDE Industries was awarded the public works contract at Ft. Bliss in 2007, the El Paso Chamber of Commerce played an instrumental role in our success in the El Paso Community.  Under Richard Dayoub’s leadership, the Chamber helped open many doors for PRIDE.

Richard is recognized as a leader in the community and has received numerous accolades for his service.  He has a rich history in El Paso and is well connected throughout the region.  On a personal note, I will always be grateful for Richard’s support for PRIDE’s mission to create jobs for people with disabilities. 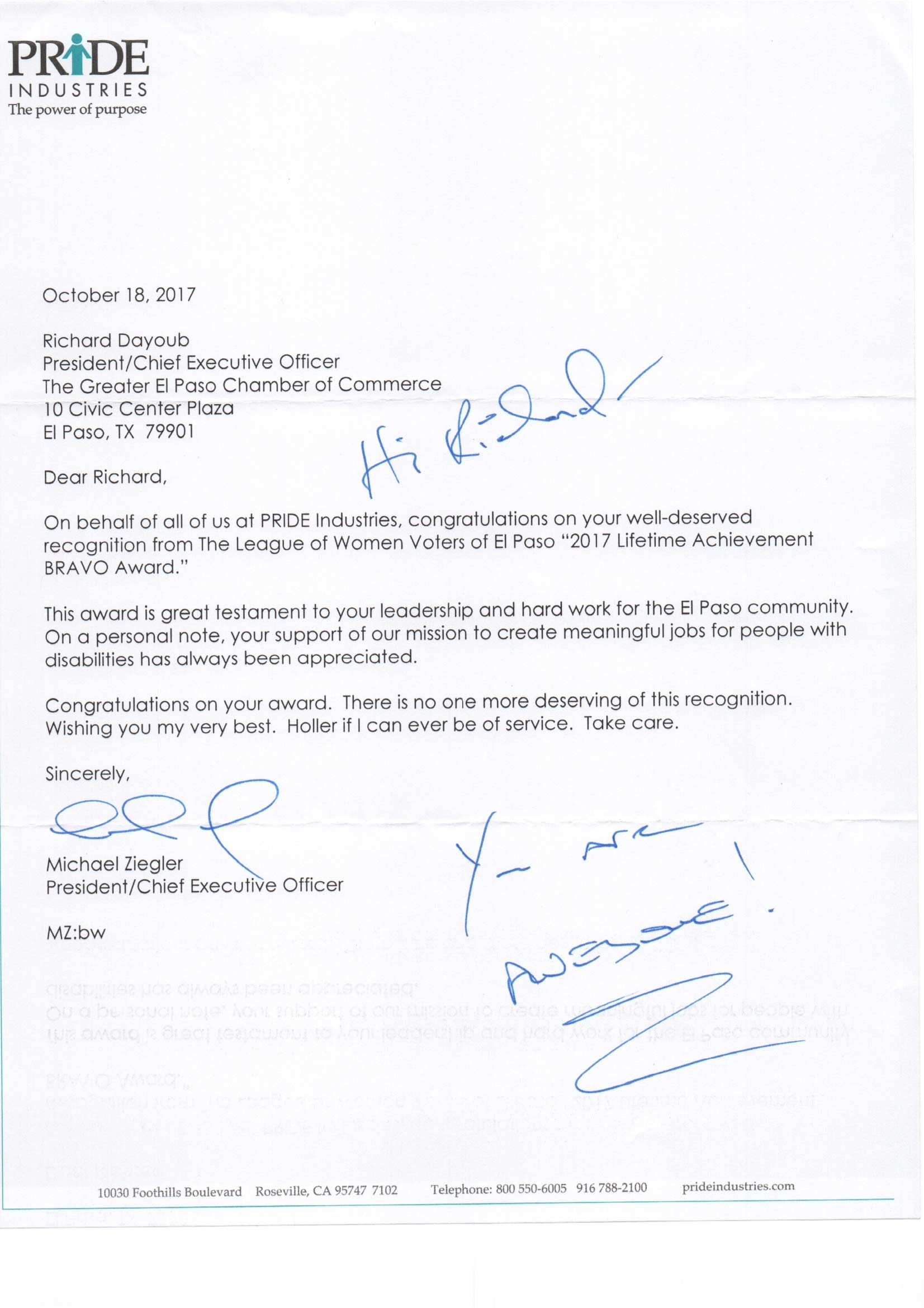